We’ve all read or heard advice regarding batteries and how to keep them going as long as possible. But can you tell which advice is true? Here is a breakdown of a few of the most popular battery myths and what you should do to get the most from your batteries.

Myth #1: You should fully discharge a battery before charging.
We’ve heard that fully discharging a battery can help to extend its life. This myth is false and stems from the days of NiCd batteries. A full discharge can actually harm the current lithium batteries. Recharging in smaller bouts is less taxing on a battery. However, a

full discharge does aid the calibration system of the battery, which will better predict the remaining battery life. It doesn’t necessarily help the battery; it just gives you a better idea of when you’ll need to recharge the battery. It’s best to only recalibrate the system by completing a full discharge occasionally. Generally, partial charges are all that is necessary to be done. 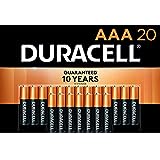 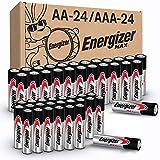 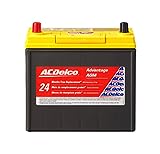 The capacity of a battery depends on a lot of factors. In a high-drain electronic like a camera or laptop, rechargeable batteries will actually power the device a lot longer than alkaline batteries. While alkaline batteries may be listed as having a higher rating, they are designed for slow power use and drain a lot faster when subjected to high power needs.

Myth #3: Batteries experience a memory effect, which causes them to gradually hold less charge.
This myth comes from the old NiCd batteries, which were known for their memory retention. This no longer applies to newer batteries as they will not “forget” a full charge.

Myth #4: Batteries are worthless past their expiration dates.
You’ve probably seen a date on your batteries or their package. That little expiration date tells you the shelf life of the battery. The battery may start losing some of its efficiency by the time that date arrives, but it still has quite a bit of use left in it.

Myth #5. Putting a battery in a freezer can extend its life.
Heat can certainly impact the life of a battery. But what about cold? Can cooler temperatures make a battery last longer? This depends on the type of battery. The old NiMH and NiCd batteries would discharge quickly, and freezing them would drastically slow down the discharge rate. The new Li-Ion batteries have since replaced them, however, and do better when kept at room temperature. Alkaline batteries discharge at a rate the equivalent of a few cents per year when stored at room temperature. Storing them in a freezer isn’t going to make much difference unless you live in a very warm climate zone.

Myth #6: Your battery won’t lose its charge if it isn’t being used.
Even if you aren’t using the battery, it is still going to leak a little bit of charge between the terminals. If you leave your device plugged in for a long period of time without use, it could cause the battery to lose its ability to retain a charge. If you aren’t going to be using a battery for a while, the best thing to do is to leave it at a little less than half charge (40 %) and store it in a cool place. (The refrigerator is ok as long as the battery is free from humidity.)

Batteries won’t last forever. Eventually, they will run down for good. However, by keeping some of these points in mind, you can get the most out of your batteries.

About the author:
Steven Kellett is the owner of Electronics Warehouse, an ecommerce store that specializes in batteries and battery chargers.

Hi, Sidney here, I am addicted to techy stuff, anything breaking edge is my favorite, and I love writing so Digitizd.com was born. I realized that there is a huge market for advising people on tech related topics. People just don't have the in-depth knowledge of the digital world that they need to make purchasing decisions. So I am the middle man, the advisor, the guru, call me what you want. I just hope you enjoy my writing. Please leave a comment with your thoughts or questions. Thanks, Sidney

Aligning customer service and marketing to get better results!